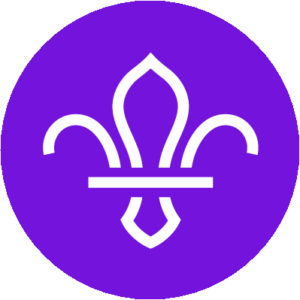 A Beaver Scout from Berkshire has designed the t-shirt for the forthcoming Reading Half Marathon Green Park Challenge, after amassing almost 900 votes in a Facebook contest.

Seven-year-old Theo’s design, which was based on the brief “make is simple, striking and visible from a distance”, was chosen as one of three shortlisted entries. His drawing was selected as the eventual winner after a closely fought public vote.

Talking about his design, Theo – who attends 1st Purley & Pangbourne Water Voles Colony – said: “The planet is Earth, and the run is about Green Park and nature. Running round the world to make people respect nature and wildlife. I drew a flower and a tree, as they are part of nature. Also, a wind turbine is part of Green Park. The ‘cool’ sun is smiling as he is watching the race.”

His artwork certainly resonated with the voting public. “World class,” wrote one. Another added: “Love this design. Makes me think of bringing everyone in the world together and a focus on the environment. Small actions for a big purpose.”

Theo has thrown himself into Beavers since joining after lockdown last year, working towards countless badges as part of his Colony. Mum Charlie said of his latest efforts: “Theo worked very hard on his design and practiced lots of stick men trying to work out how to look like they were running. Also did you know how many types of sunglasses a sun can wear? Apparently, you have to get them just right, as the sun is really bright!”

Theo was ‘happy and excited’ when the final t-shirt, emblazoned with his creation, arrived in the post. He, along with all the other Green Park challenge runners, will proudly wear the t-shirt on race day, as he takes part in the 3km run with his father.

Runners will take their marks on Sunday 3 April as part of the Reading Half Marathon, which is regularly supported by Scout Groups in Berkshire, who staff water stations, marshal around the route, or help within the volunteer and race maker teams.

Let us know if you’re taking part this year, especially if you get a t-shirt with Theo’s winning design! 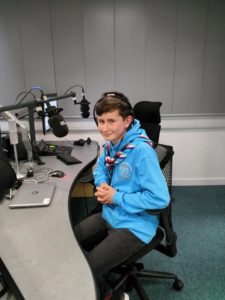